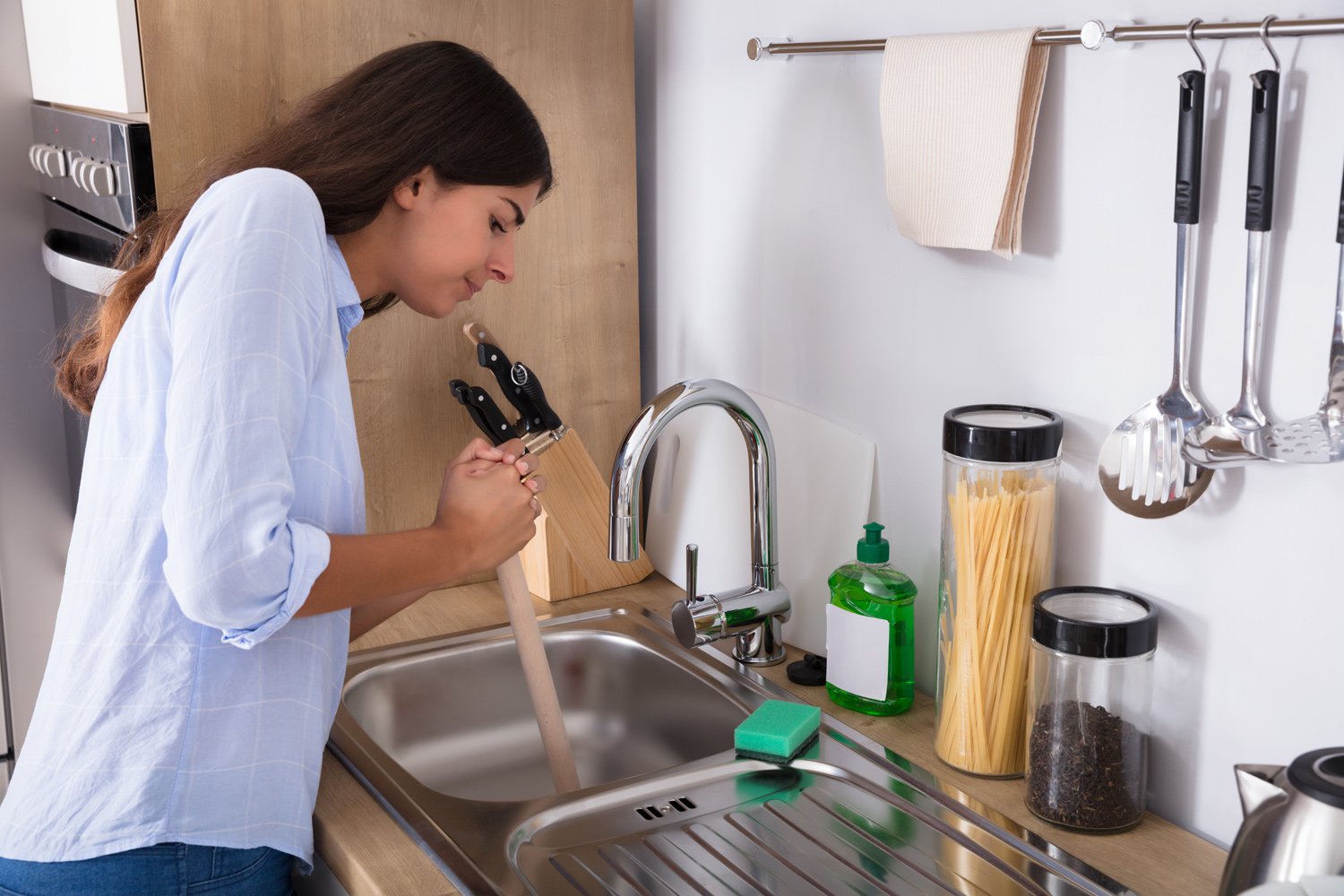 16 Things that Should Never Go Down the Drain or Toilet

Before you put anything down the drain remember, it could end up in your drinking water.

As we live increasingly busier lifestyles, looking for shortcuts along the way is natural. But sometimes those shortcuts don’t save us any time at all and ultimately end up costing us hundreds – or thousands – of dollars.

That’s especially true with a delicate plumbing system and why it’s important to be aware of the many household items you should never put in a sink or flush down the toilet.

Look, we’ve all been there. We’re trying to prepare dinner for the family and clean up the mess left behind, so we just dump the grease in the sink. Or, someone is coming over to visit and – in a rush – we try to flush the cat litter down the toilet.

This list of 16 things you should never put down the drain will help you avoid a big mess with a clogged drain, clogged kitchen sink, clogged bathtub, clogged toilet or – even worse – a clogged sewer line. Ask any plumber in Dallas or anywhere else and they’ll probably agree that the list below is far too short. 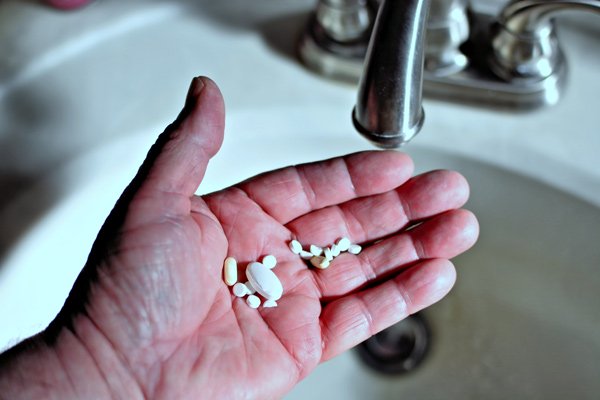 Any unused or unwanted prescription or over-the-counter medications should never be flushed down the toilet or drain. Studies have established that medicines flushed down the drain can contaminate lakes and streams, which can harm fish and other wildlife, and often end up in our drinking water.

When you pollute water supplies with the chemicals in these pharmaceuticals you expose people who may be seriously affected. Some especially harmful medicines include hormones and antidepressants that can disrupt the reproduction or growth of aquatic species.

The medicines won’t necessarily force you to unclog a drain or repair a garbage disposal, but they could potentially harm public water supplies. Dispose of unused or outdated medications through local recycling programs.

Big chunks of waste – such as sand, plastics, toys, animal parts, grass, goldfish, metals and cat litter – should never be flushed or disposed of down the drain. Seems obvious, doesn’t it? You’d be amazed at what we find in clogged drains. That includes whole meals kids have dumped off their plates and flushed down the toilet.

Cat litter is highly absorbent and therefore especially bad. Its high clay content can form a cement-like compound in water to clog pipes and damage septic systems. Also, cat litter and feces carry harmful parasites and toxins that could get leaked into lakes and streams, where they can harm people and wildlife.

Tampons and pads are meant to absorb moisture and expand. They don’t dissolve in water. They get stuck in plumbing systems all the time and clog toilets and drain pipes. That means more work for us plumbers, but needless expense for homeowners.

Tampons also can create problems for your septic system and clog sewer lines. Also, sanitary napkins or sanitary towels can expand and clog pipes. Instead, carefully wrap feminine hygiene products and dispose of them in the trash. No matter how messy they are, disposable diapers should never be flushed down the toilet. They’re highly absorbent, non-biodegradable and can get clogged in U-bends beneath toilets and in pipes and sewer lines.

Flushing a disposable diaper might require using a plumbing snake or power auger to help unclog the pipes. The hand-cranked plumber snakes usually aren’t big enough for this job, so you will need a plumber with heavier equipment.

This image from an article on babygearlab.com answers the questions, “What is inside those disposable diapers?” Shake out and flush the solid stuff, then trash the diaper.

Ever try to wash grease off your hands? It’s not easy, is it? Well, it’s not easy to remove FOG clogs from clogged pipes, either. Fats, oils and grease are the ultimate plumbing trifecta. They keep plumbers busy because they do such a great job clogging drains.

FOG gets washed down drains in a liquid state, but turns solid as it cools, lining drain and sewer pipes. FOG is the leading cause of sewer overflows across the United States annually.

Fats, oils and grease should never be poured down a kitchen sink, bathroom sink or toilet. Grease poured down your drain can stick to the inside of the pipes where other wastes cling to it to form clogs.

Don’t pour any kind of melted fat from meat, bacon, sausage, poultry or even gravy down the drain. The same applies to cooking oils, olive oils, salad dressings and mayonnaise. Likewise, don’t grind fat trimmed from meat, uncooked poultry skin, cheese, butter and other dairy products through your garbage disposal.

Protectyourpipes.org says to save your sink by remembering the three Cs:

The risk here is to both plumbing lines and your garbage disposal. Flushing any of these down the toilet can clog the toilet or the sewer line it connects to, if the stuff gets that far.

This one is a no-brainer: never flush any fertilizer, pesticides, insecticides or herbicides down the toilet or down the drain. Outdated products should be taken to a recycling center for safe disposal. Putting them into your plumbing system endangers people and wildlife when they end up in lakes and streams.

Flushing dry fertilizers and chemicals can be corrosive to plumbing system pipes and joints, too. Any undissolved portions can combine with other waste matter and form clogs.

Seriously? We would put condoms closer to the top of this list if we ranked it starting with worst first, but we figured most folks would know better already. You should never put condoms or any latex items down your drain or dispose of them in the toilet because latex doesn’t disintegrate in water. (This applies to hotel room toilets, too.)

Latex can clog pipes fast by getting tangled with other solids and forming a virtual dam in the drain. When they make it through the sewer system to a body of water animals often mistake them for food and choke on them.

Dispose of condoms properly in the trash. Don’t risk a clogged toilet or drain line (and possibly having to explain the mess to, oh, say, a parent). These moist towelettes are often advertised as “flushable wipes.” Don’t be fooled: They’re not degradable. Flushing them down the toilet is like flushing disposable cleaning rags or strong paper towels.

Don’t flush them. “Flushable” wipes can give homeowners a headache that no plunger can solve. Over time these can build up by combining with fats, oils, grease, hair and waste matter to form hard clogs.

Many people are choosing to install a new kind of “super toilet,” such as the Toto Washlet that washes, disinfects and dries you.

10.  Paint and Flammable or Explosive Liquids, Solids or Gases

This should also be obvious but never dispose of flammable or explosive liquids, solids or gases in a toilet or down a drain. Also, don’t pour any kind of paint down a drain or toilet. It can harden and constrict the plumbing pipes, but more importantly, it doesn’t belong in the rivers and streams into which it eventually finds its way.

The small amount of water-based paint that goes down the drain won’t be harmful if you flush it with plenty of water, but never empty left-over paint into the sink. Keep it for touch-up or take it to a recycling center. Never put oil-based paint or thinner down a drain.

Never pour or flush gas fuels, lighter fluid or any kind of flammable liquids into your plumbing system. They may or may not ignite in your plumbing lilnes, but the environment will be a certain reason. Automotive chemicals and fluids, including motor oil, antifreeze, transmission fluid, brake fluid, gasoline and gear oil can damage plumbing systems. In the environment, they are harmful or fatal to people, pets and wildlife.

Never flush any of them down the toilet or pour into sinks or sewer systems or onto the ground. Retailers that sell auto fluids, oil and batteries provide safe recycling for most of them, except antifreeze, which you should take in a closed container to a local recycling center. Earth911.com provides a handy tool for locating recycling places near you for most items around your home.

Paper towels are biodegradable in landfills, not plumbing systems. Their absorbency makes them ideal for clogging up plumbing pipes. Consider that anything tough enough to scrub with is not going to disintegrate quickly. Paper towels can clog a toilet as surely as flushing too much toilet paper.

Cotton balls? Beavers would love them to fill in gaps in their dams the way they do in drain lines. Cotton balls are difficult to pull apart, and they certainly don’t come apart by themselves. Dispose of your paper towels, cotton balls, and medical dressings in the trash.

Eggshells seem harmless, but they can create granular waste that sticks to other waste to clog drains or require a thorough garbage disposal cleaning. Some people grind eggshells thinking they will “sharpen the blades,” but garbage disposals have no blades to sharpen.

Garbage disposals have impellers that are blunt to pulverize food waste, not slice it up. The membranes attached to eggshells can gum up the impellers and require the services of a plumber. 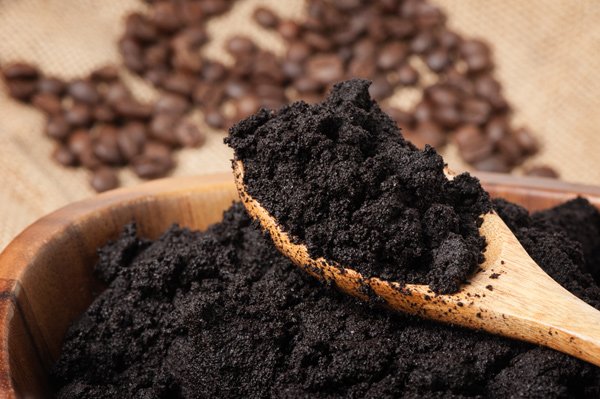 When you brew a fresh pot of coffee in the morning don’t toss the coffee grounds down the drain or through the garbage disposal. Plumbers love coffee because coffee grounds do not break down in the water. They stay in a gritty form and combine with FOG, eggshell membranes and other stuff that shouldn’t be there to clog up drains.

You can safely dispose of coffee grounds in the trash. Better yet, add them to a compost bin, mix them with coconut oil to exfoliate your skin, make coffee-scented candles and more. Here are eight things you can do with your used coffee grounds.

Almost every piece of fruit you buy from the grocery store has a sticker on it. They’re small and easy to overlook. However, they can foul up your plumbing because they’re sticky and not water soluble. When you put them through the garbage disposal they can stick to the impellers.

Pieces of the stickers that get through will build up in your drain pipes where they can build up with other gunk and clog the drains. You’re likely to need a plumber for drain cleaning or garbage disposal repair.

It’s also a good idea to avoid disposing of any orange or lemon rinds down a sink or garbage disposal.

Petroleum-based solvents must be disposed of per manufacturer recommendations, not through your plumbing system. Water-soluble household cleaners, such as laundry and dishwashing detergents and all-purpose cleaners may safely be put down the drain by running plenty of water to flush them into the sewer pipes.

Some combinations of cleaning liquids shouldn’t be disposed of at the same time, however. Bleach can be dangerous when mixed with many items, including ammonia and vinegar. The combination produces dangerous toxic fumes that can fill your kitchen, bath or laundry room.

Really, it’s best never to mix bleach with anything. That will avoid the chance of toxic gases forming and introducing caustic solutions that could damage your plumbing pipes.

Before you put anything down the drain remember where it will end up. Rule of thumb: if you wonder if it’s safe to flush, it probably isn’t. The bathroom is an even easier call: never flush anything down the toilet that isn’t urine, feces or toilet paper.

Keep these things away from drains in your home:

For quality Plumbing, Heating, and Air service in Dallas-Fort Worth, contact billyGO today!